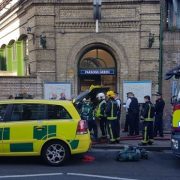 MI5 Director, Andrew Parker warns of 'intense’ terror threat that can be 'harder to detect'

London terror attack: what we know so far
0 replies

Want to join the discussion?
Feel free to contribute!

England goalkeeper Joe Hart is robbed at petrol station near his club’s...
Scroll to top